What Is a Turret Lathe?

A turret lathe is a specific type of lathe that uses a turret to hold the cutting tools. turret lathes can be operated manually or automatically. 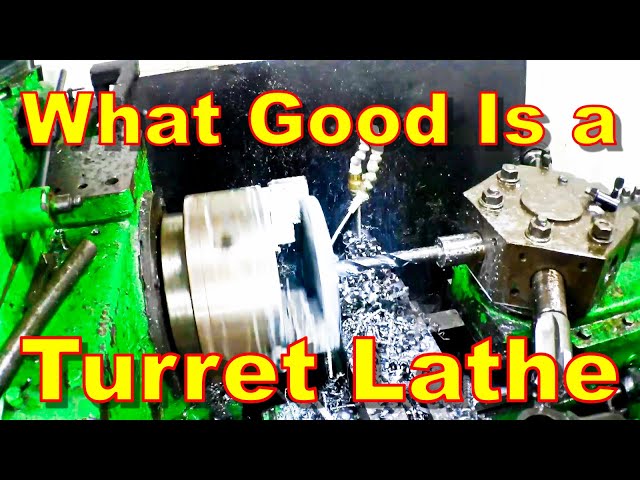 A turret lathe is a type of lathe that possesses a turret, which is an indexing head that allows the tool post of the lathe to be positioned at different angles. This type of lathe is also sometimes known as a screw-cutting lathe because it can be used to create threads on screws. Turret lathes are often used in high-volume settings because they are faster than other types of lathes and can handle multiple pieces at once.

Turret lathes were first developed in the early 1800s, and they revolutionized the machining industry. Prior to the development of turret lathes, machinists had to operate each machine tool by hand. This was not only time consuming, but it also led to a high rate of errors.

Turret lathes allowed for the operator to remain in one position while operating multiple machine tools. This increased efficiency and accuracy.Turret lathes are still used today in a variety of manufacturing applications.

A turret lathe is a type of engine lathe that has a turret mounted on the carriage. The turret is a tool holder that can be rotated to various positions. This allows the machinist to quickly change between various tools without having to remove the tool from the carriage. There are three main types of turret lathes: gang tool lathes, single-spindle lathes, and multi-spindle lathes.

Manual turret lathes are the simplest and most common type of turret lathe. They are usually smaller in size than CNC or automated lathes, and are operated by a single person. The operator uses a hand crank to advance the cutting tool along the workpiece, and also uses a lever to operate the turret.

Manual lathes are generally less expensive than their automated counterparts, and can be used for a variety of tasks such as turning, boring, drilling, and threading. They are often used in small shops or for prototyping before moving on to larger production runs.

CNC turret lathes are programmable, so they can produce a variety of different parts. They are often used for high-volume production because they can produce parts quickly and with great precision.

Turret lathes are used for a variety of different applications including turning, drilling, and boring. These machines are often used in manufacturing applications where there is a need to produce large quantities of parts that require quick turnaround times.

Turret lathes offer significant advantages over other types of lathes, such as engine lathes. A turret lathe is a type of engine lathe that uses a turret to hold various cutting tools. This turret can be moved to different positions on the horizontal axis of the lathe, allowing the operator to quickly and easily change between different cutting tools without having to stop the lathe or remove the workpiece. The main benefit of using a turret lathe is that it increases productivity by reducing downtime between tool changes.

In addition to increasing productivity, turret lathes also offer a number of other benefits. For example, they are typically more accurate than engine lathes and can easily handle complex shapes and features. They are also easier to operate, which can reduce training time and costs.

A turret lathe is a specific type of lathe that uses a turret to hold various cutting tools. This allows for quick changes between tooling, which increases efficiency and productivity. Turret lathes can be either manual or CNC-operated, and they are used in a variety of industries for various machining applications.