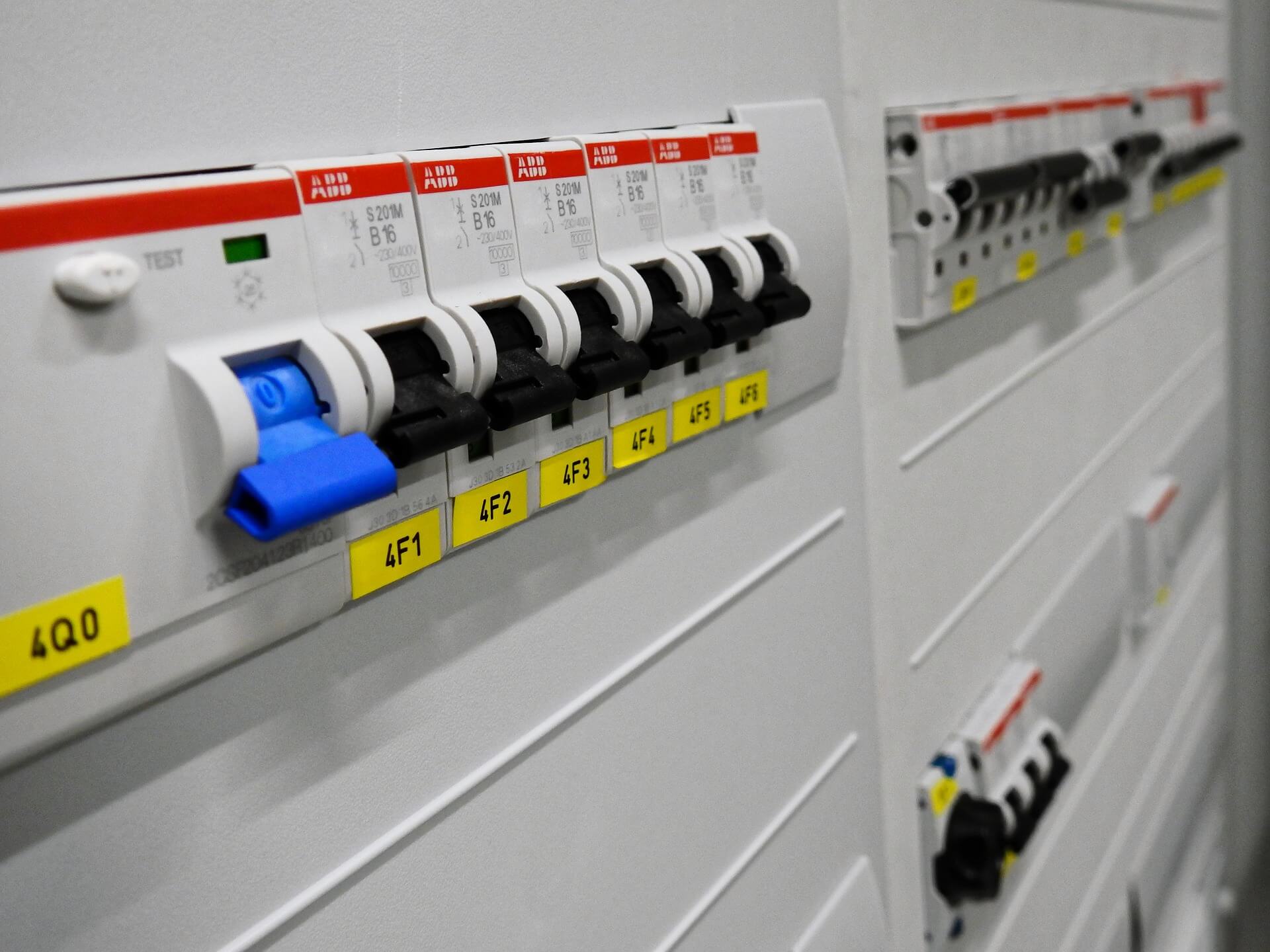 Circuit breakers intrusion is common thing when inductive loads are meant to be protected by them. There are many reasons behind this. All electric machines having induction motors within them require more extent of current at start up than running at full flow. This factor becomes more note-able when you demand some mechanical work from them.

While working with a circular saw , there comes a point when equipment needs to apply some force to cut a hard piece of wood, at this stage the requirement of current to make it run will increase. If a breaker having smaller rating is protecting the loop, will cause a break! It is our need of hour that you have to replace it by a breaker having compatibilities with our demands.

Some other problems can also be reasons for circuit breaker to make an interruption. Over flow of the current is very common of them. Moreover, some issues either with the equipment or wiring of supply line can also make trouble for the workers regarding circuit breaker interruptions. Moving body parts of electric motors requires a balance between fluency and hardens. When an increased amount of friction takes place it can reduce efficiency of machine. Its Compensation is mandatory.

You may also like: Why Does My Circular Saw Keep Stopping? [How to Fix It]

It often occurs when live wire touches the ground or neutral wire, making the current to flow above ratings over the circuit breaker coils. The foremost possibility of leaking current through ground is the damage to the insulations of conductors. It could be inside the Saw or in the supply out let of the building where you are working. Leakage increases the flow of current and eventually circuit breaker breaks the circuit to avoid the damage.

Obvious reason to this problem could be the faulty circular blade of the saw. Inductive loads are obvious to carry some higher ratings of current. Greater friction will make this current flow further higher. Presence of mist, dust and rusting substances across ball bearing or rounding assembly, which causing friction to be high, therefore it would be tough for blade to revolve around. Increased amount of friction can cause the circuit to overheat and make current to flow higher across the poles. If over loading happens continuously for much time then circuit breaker will definitely break the circuit.

Over loading can be an ache if you keep using an under rated circuit breaker. Circuit breaker’s main role is to not pass through the current above their ratings. This is being done for the better health and protections of your load and its components from accidental situations.

How To Prevent Circular Saw to Trip Circuit Breaker?

Fault rectification of circuit breakers or loads isn’t that tough, hence you need to know some basics of troubleshooting electrical devices and circuits. Always avoid to work on live wires if it is necessity than use properly insulated tools and wear gloves while attempting a repair.

According to electricity rule of circuits, circuit breaker should be one forth higher than the ratings of circuit which is meant to be protected. If your circular saw has a current rating of 16 amperes, a circuit breaker having rating of 20 amperes will ideally protect it regardless of any equipment break down or a higher voltage pulse.

2. A detailed Scan Of wiring:

Initially, disassemble your circular saw and watch out that there is no break down or damage to its wiring. Make sure that there is no wire damaged or broken and not making contact to its body resulting in a leakage. Now run a quick scan of your supply line that there is point circuit is broken.

Disassemble the saw, take apart round blade following safety measures. Make sure that there is no mist, dirt or such substances which can cause rusting and jamming of blade. If they found, Use lubricant to make the round smoother to go or replace ball bearings if it is still not able to work after lubrication. Never put your circular saw bare to open environment. It can put dirt, mist and other elements to go in it which can lately be the reason for its moving parts to be jammed.

What is life span of a circuit breaker?

Researches state that a regular circuit breaker lasts in between thirty to forty years.

Is it dangerous that circuit breaker keeps tripping?

Yes it is really dangerous when your circuit breaker keeps tripping there could be some serious issues either with your load or with circuit breaker itself. Using a faulty or teared one makes your load open for any worse situation. Replacement of faulty protection devices should be done promptly.

What is the wattage of circular saw?

Circular saw typically comes with 1200W of electrical power and it exceeds to 2400W sometimes, depending upon size of equipment.

Keep in mind that we may receive commissions when you click our links and make purchases. However, this does not impact our reviews and comparisons. We try our best to keep things fair and balanced, in order to help you make the best choice for you.

As an Amazon Associate, I earn from qualifying purchases.